IMAGES From WOMEN AND THE MACHINE 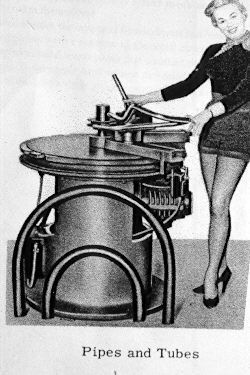 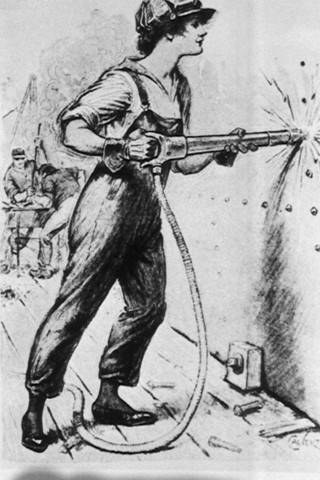 World War I Rosie the Riveter

WOMEN AND THE MACHINE: REPRESENTATIONS FROM THE SPINNIONG WHEEL TO THE ELECTRONIC AGE (Baltimore: Johns Hopkins Univ. Press, 2001, paper 2003).

"A New Look at the Expanded Lives of Nineteenth-Century Women" Ms. Magazine Blog

“Perspectives on the Escalator in Photography and Art.” Catalogue essay for the exhibition Up
Down and Across: Elevators, Escalators, and Moving Sidewalks (Washington, D.C.: National
Building Museum/Merrell Pub. Co., 2003), 140-171.

"The Electric Eve: Galvanizing Women in Nineteenth and Early Twentieth-Century
Literature, Film, and Art." Research in Philosophy and Technology 13, 1993, 43-56.

"Art and Technology: A College Course Design," in The State University of New York, The New
Liberal Arts--Curriculum in Transition. (Albany: State Univ. of New York, 1986), 67-71.

"The Explosive Emergence of Technology in Art." Art and Artists, London, December 1982.

"Humanities and the Machine: Responses to Technology." Technology and Culture, July 1982.

WOMEN AND THE MACHINE: REPRESENTATIONS FROM THE SPINNING WHEEL TO THE ELECTRONIC AGE

Featuring over 150 illustrations, many in color, WOMEN AND THE MACHINE reveals the way women's lives have been transformed by new technologies over the past two centuries. Driving automobiles, riding bicycles, piloting planes, women experienced a new sense of freedom and mobility while also revealing their technical skills.

Through art works, photographs, cartoons, advertisements, and written works, WOMEN AND THE MACHINE looks at the stereotypes that have haunted women--stereotypes that picture them as sexy models in machine advertisements and as frail and timid creatures, flummoxed by flat tires and baffled by all things mechanical. But in other images, women working as Rosie the Riveters in wartime, using sewing machines, typewriters, computers, and other machines successfully challenge these skeptical views.

Breaking Frame: Technology and the Visual Arts in the Nineteenth Century


To obtain paperback copies for classroom or personal use, write readermail@juliewosk.com

Nineteenth-century artists and designers often brilliantly captured the dramatic (and traumatic) impact of the Industrial Revolution on European and American society---seen in images of factories spewing smoke, speeding trains, bursting steam bolers that sent people flying through the air, comic views of humans-turned-automatons after steam explosions.

Artitsts also celebrated the century's impressive feats of engineering ranging from London's Crystal Palace to the Brooklyn Bridge. These images often mirrored widespread feelings of both hope and bewilderment, feels of pride and fear that prefigured our responses to today's world still being transformed by rapid developments in science and technology.

"Perspectives on the Escalator in Photography and Art"