Julie Wosk at the book launch for MY FAIR LADIES 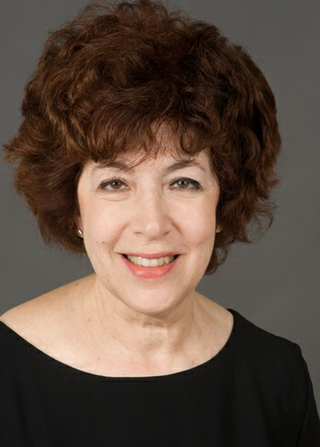 Julie Wosk is Professor Emerita of English, art history, and studio painting at the State University of New York, Maritime College in New York City. Her email address is jwosk@sunymaritime.edu.

She is the author of five books: MY FAIR LADIES: FEMALE ROBOTS, ANDROIDS, AND OTHER ARTIFICIAL EVES (Rutgers University Press, July 2015); ALLURING ANDROIDS, ROBOT WOMEN, AND ELECTRONIC EVES (2008); WOMEN AND THE MACHINE: REPRESENTATIONS FROM THE SPINNING WHEEL TO THE ELECTRONIC AGE (The Johns Hopkins University Press, 2001; , BREAKING FRAME: TECHNOLOGY AND THE VISUAL ARTS IN THE NINETEENTH CENTURY (Rutgers University Press, 1992); and the Authors Guild reprint edition of BREAKING FRAME: TECHNOLOGY, ART, AND DESIGN IN THE NINETEENTH CENTURY, 2013 with its new updated introduction .

She has lectured widely on technology, art, and design to academic, community, and museum audiences throughout the United States and Europe. She was a long-time member of the Speakers Program of the New York Council for the Humanities before the program ended, and she has given talks to academic and community audiences at colleges and universities, museums, and libraries throughout the world.

She was the curator and writer of the exhibit "Alluring Androids, Robot Women, and Electronic Eves" which was first held at the New York Hall of Science from June-September 10, 2006 and was also shown at The Cooper Union in New York in 2008. This is a traveling exhibit of large digital images, and more information about it can be obtained by contacting her.

Her articles on art and technology, literature, and design have appeared in DESIGN ISSUES, TECHNOLOGY REVIEW, TECHNOLOGY AND CULTURE, ART AND ARTISTS (London), LEONARDO, and others. She is also a blogger reviewing plays and art exhibits for the HUFFINGTON POST. She is also a painter and photographer whose works have been exhibited in New York and New England galleries.

MY FAIR LADIES: FEMALE ROBOTS, ANDROIDS, AND OTHER ARTIFICIAL EVES (Rutgers Univ. Press, July 2015). Recently reviewed in the Library Journal as a "riveting portrait of simulated women, female robots, and robot technology in media and art from ancient generations to modern-day creations." It includes robots, androids, dolls, and mannequins in movies, television, literature, photography, art, and robotics. The book draws on the author's own early experiences as a female copywriter and public relations writer at PLAYBOY in Chicago.

WOMEN AND THE MACHINE: REPRESENTATIONS FROM THE SPINNING WHEEL TO THE ELECTRONIC AGE (Johns Hopkins University Press). Artists and photographers, advertisers and writers reveal the impact of new technologies on women's lives.

“Perspectives on the Escalator in Photography and Art.” Catalogue essay for the exhibition Up Down and Across: Elevators, Escalators, and Moving Sidewalks. “ Washington, D.C.: National Building Museum/​Merrell Pub. Co., 2003: 140-171.

"The Electric Eve: Galvanizing Women in Nineteenth and Early Twentieth Century
Literature, Film, and Art." Research in Philosophy and Technology 13 (1993): 43-56.

"The Impact of Technology on Art and Art on Technology: A College Course Design," in The State University of New York, The New Liberal Arts--Curriculum in Transition (Albany: State Univ. of New York, 1986): 67-71.

"Humanities and the Machine: Responses to Technology." Technology and Culture ( July 1982): 435-38. (Report on SUNY Conversations in the Disciplines Conference held at SUNY Maritime College, 1981.)